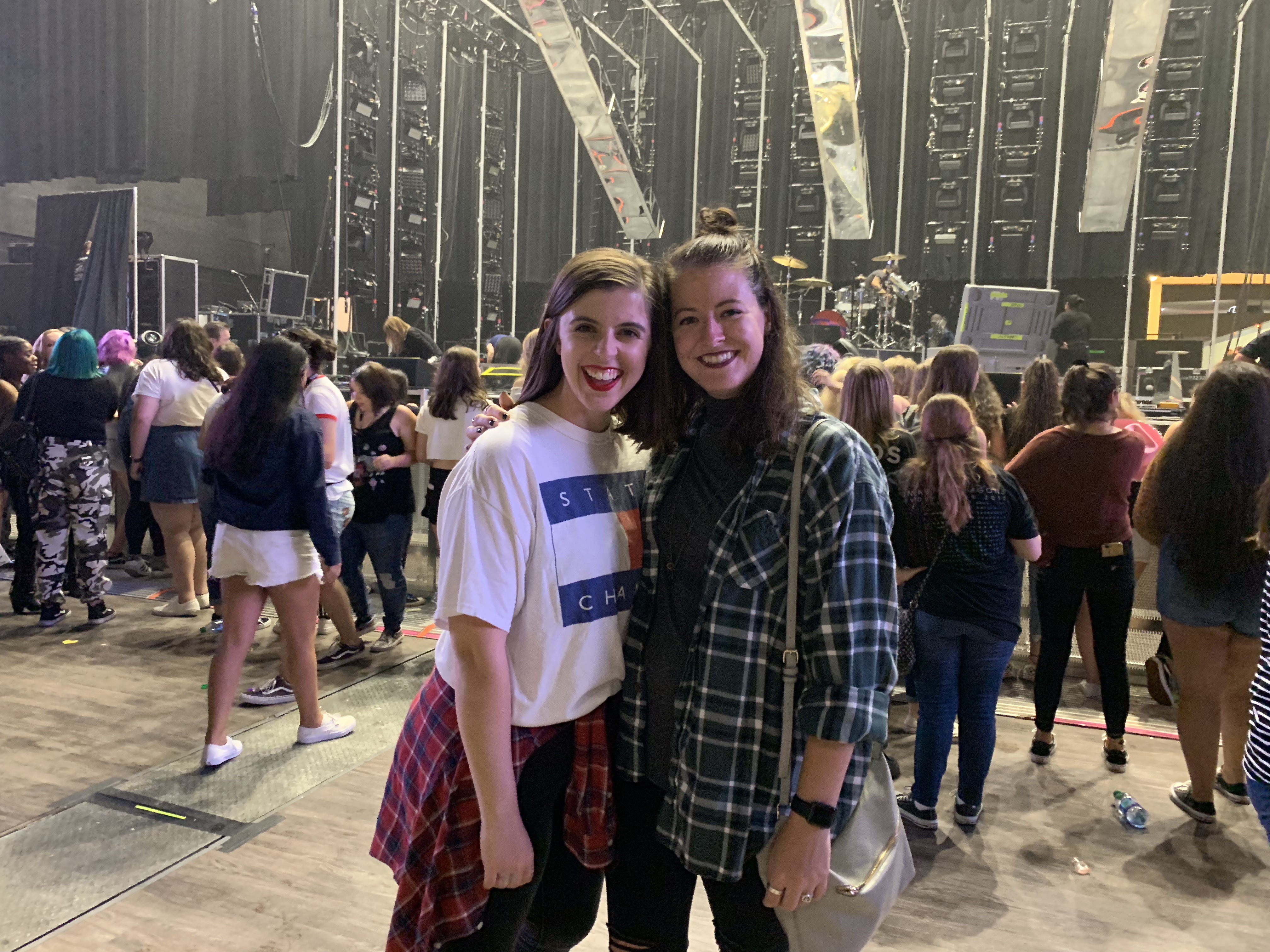 She is an absolute joy, a true friend, and always down for anything.

Since my last Q & Allison was such a hit, I figured I’d continue the series on with the person who basically can’t say no because I live with her?

I did a mind dump when I was coming up with questions, so they are a bit (very) all over the place.

We have been friends now for about 6 years now. How did we meet?

At our sorority’s formal. The DJ was playing She Looks So Perfect by 5 Seconds of Summer and the four of us (Kayla, Heather, Cassie, Allison) were the only people on the dance floor.

Describe yourself in three nouns and three adjectives.

Think of your favorite piece of advice you’ve been given. Who gave it to you?

Best piece of advice for a new concert goer?

Live it up, ignore what everyone else is doing and enjoy.

Do you write in your books?

No, I did enough annotating in high school.

I used to say that Comic Sans was my least favorite font until I read a story all about how it was helpful for people with Dyslexia. I’ve since changed my answer to Jokerman.

I mostly love the equation because of how I learned it. Watch the video and enjoy.

*this shouldn’t surprise me, but she has a second favorite equation.
Close second for favorite equation is the “long way” to get a derivative: the limit as f approaches 0 of (f(x+h)-f(x))/h

Harlem Shake. Not because of what it was but how lame our rendition was.

Pick one of the following: TCU, Boston, Houston, or Camp?

*for reference, the locations are as follows: college, first city living in out of college, hometown, and camp (did you guess that last one?)

Favorite thing in your room

*she has now also upgraded to having a Concert Spreadsheet, featured here on this blog post if you want to learn more about it.

Do you feel like an expert on Cassie now? Probably not, but I hope you at least learned something new! I definitely did.