In early December, my friend Heather and I spent 48 hours in Orlando, FL to see as much of Universal Studios as we could.

We did a lot of planning and learned a lot along the way – all of which we’re sharing below!

I hope you find this helpful, and most importantly that you ENJOY your trip. It is so easy to get caught up with trying to see everything that you enjoy nothing. And boy, is there a lot to enjoy at Universal Studios!

Sweatshirt. During the day it was in the mid-70s but the night got a little chilly.

Rain jacket. Rain is a very common occurrence in Florida and you aren't allowed to wear ponchos on many of the rides.

Sunglasses. While you can't wear them on the rides, they're great to have as you walk around. I brought a free pair I got from an event!

My hat. Granted I went in December and it wasn't too hot, but even on the day it rained I put my hood up on my rain jacket.

Stamps. I brought them to mail from the Owl Post, but you could only purchase postcards in packs of twelve.

There were a few phone applications that were helpful with getting around the park, keeping up with money, and making sure we were checking off all of the things on our list!

While it isn’t about seeing everything, we wanted to be sure we got the most out of our experiences.

Universal has their own app which was incredibly helpful for seeing ride wait times, maps, and food menus.

Much like my other travel adventures, I put together a Google Map (see below)

To put on your iPhone’s home screen, simply open the map in Safari and select “add to home screen.”

Most of Universal Studios is labeled on Google Maps, so you should have no trouble simply searching for what you want on the spot.

Pinterest was invaluable in our search for the best things to do on our trip (if you’re here from Pinterest, hi!).

I did a search for Universal Studios Orlando and just opened up as many posts as I could. The big things I wrote down in our Google Doc or added to our Map, but most of the posts I just tried to soak in.

This app allows you to compile all of the charges each of you paid for (Heather paid X for the Lyft, Allison paid X for the Hotel) so that you have a ledger but don’t have to keep doing Venmo requests back and forth. You settle up at the end and it is very user-friendly.

We used a Google Doc to help us plan what we wanted to do and see, so I made sure to have the app saved so that we could pull up and reference.

Here we kept the following:

It should be pointed out that we didn’t hit everything on this list. We mostly used the document as a brain dump for things we heard from friends/family and our deep dives on Pinterest. When we would sit down to eat or take a quick breather it would be something productive to pull out and reference!

While posting content to our Instagram accounts was fun, this isn’t the reason why I’m featuring it here.

We both found that doing searches in the explore page for both locations and hashtags was very helpful.

Things as simple as “Universal Studios Orlando” or “#universalstudiosorlando” can give you suggestions for spots you may miss (or give you inspiration for your Instagram photos).

When you post to your own account, make sure to tag and add the hashtags to make sure you can help future park-goers (and gain added exposure).

Tip: We had breakfast each day at the hotel (included at the property we chose) which helped us save money and time!

Toothsome Milkshakes, outside Islands of Adventure. I had a chocolate brownie milkshake and Heather had the birthday cake flavor.

At approximately $13 per milkshake (and given their enormous size), we could have easily split one.

Allison – fish and chips at the Three Broomsticks (Hogsmeade, Islands of Adventure)

*the french fries were delicious!

After a long day of walking, all we wanted was something easy. Honestly, the pizza was pretty good.

Heather – Iced Butterbeer – per Heather, the “normal” Butterbeer is better than the “iced” variety, but I’ve heard conflicting opinions online. You might as well try them all! 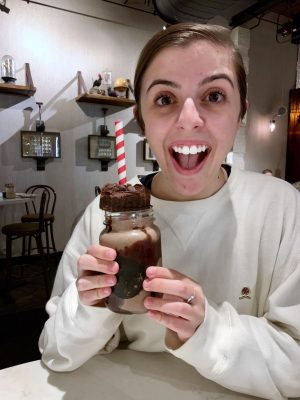 One of my biggest tips on the rollercoasters is the use of lockers. You may be tempted to bring a giant backpack (like me) to fit all of your things. The lockers that you have to put all of your items in are not big. I had to take out most of my items and shove my backpack into the locker. This isn’t easy when you’ve got a giant water bottle, jacket, souvenirs, and more in your bag! Keep that in mind when packing.

Another tip – use the single rider line! We waited about a third of the time that the “normal” line waited.

Could Have Passed On —

This ride that takes you up and down is incredibly short! I wish it was at least twice as long because you really get to go up what feels like two or three times.

This opinion may mostly be because I’ve done this ride before and it hasn’t changed. It’s a cool scenario as a shooting game within a moving vehicle, but it isn’t anything I’d wait in a long line for. We waited less than five minutes and it got us out of the rain for a bit, so I felt it was worth it.

I’ve seen many blog posts mentioning the trick to get extra songs. Both Heather and I tried this, but it didn’t work. I didn’t get to choose a song in time and had a song randomly selected for me.

I would also recommend using the single riders line – this cut out wait time in at least half!

This ride is most similar to a true rollercoaster you’d find at a theme park with a huge loop.

They are very serious about the safety policies – don’t try to sneak your phone (or anything else) onto the ride!

The entire production – from the safety video to the “plot” of the ride – is incredibly well thought out. Each group of six is brought into their own room with their own “coaster” that follows along with the huge screen.

If you aren’t great with motion sickness this might not be your best bet, but I didn’t find myself too affected.

The Amazing Adventures of Spider-Man

I’d ride this ride just for the parts that you walk through before the ride!

Universal Studios and Islands of Adventure

This train is such a convenient way to get between parks (as it connects Diagon Alley and Hogsmeade) and the queueing process is a great one with the detailed decorations and ambiance. Both train stations provide a unique experience, so I would recommend going both ways.

My only complaint – they didn’t dub the actors’ voices well (except for Fred and George which you actually see and hear).

Revenge of the Mummy Express

While this ride may be a bit older of a ride (off a movie that is quite old at this point), the ride still holds up. It’s spooky, has a plot alongside the movie, and gets the screams.

Harry Potter and the Escape from Gringotts

We had a giant line for this one, but it was well worth it.

You may feel a little queasy on this one, too.

Following along with a “tour” of the park, this would be a great way to cool off from the summer’s heat! You don’t get too wet, but I’d recommend a rain jacket nonetheless.

A great blend of a screen and an actual coaster.

Be careful – it takes a long time for your eyes to adjust when you first walk through the line.

Harry Potter and the Forbidden Journey

This is another ride that could get you in trouble with motion sickness, but I didn’t feel too queasy.

We met quite a few people. We didn’t plan out any of these M&G but just happened upon people while walking around and jumped in line. For many of these characters, there was no line!

Here are the characters we met —

Below are a few of the pictures we got. The characters had a fun time posing and taking cues from how we acted (for example: Dora noticed we had backpacks and expressed with her hands that she wanted to take a picture of us all like that)! 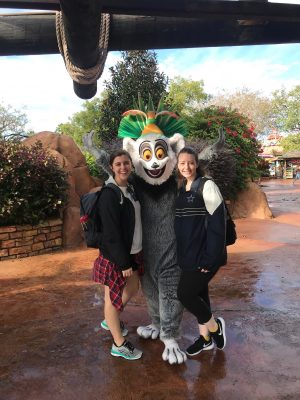 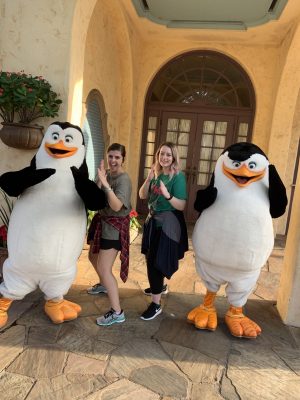 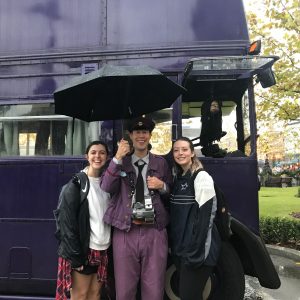 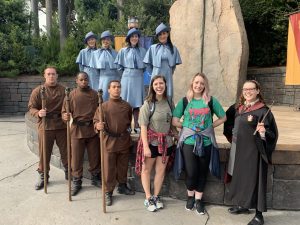 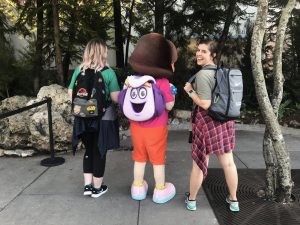 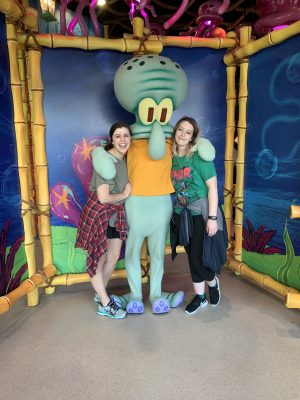 There are so many things to do around every corner!

We did quite a bit of research to figure out what kinds of things we wanted to see, but I’d also recommend just keeping your eyes open to signs around the parks for more details.

When in doubt, check out the Universal Studios app with all of the date and time information.

I ended up not mailing anything but had the attendant stamp my journal. The family in front of me was mailing out their Christmas cards!

Thankfully we didn’t have to wait more than 20 minutes for this (the lines tend to get fairly long!). Once they ushered us all into the small storefront, the staff member chose a member of the audience to have the wand choose them.

NBC Studios has a program where they will pay you $30 (in Universal Studios gift cards) for spending about 1.5 hours watching a new show and providing feedback.

It is a great opportunity to get out of the heat (or in our case, rain) and get some extra money for food or souvenirs. We watched a pilot for Temptation Island and then had to fill out answers about our thoughts. It was quick and easy!

This show is a light- and projection-show on Hogwarts Castle. It was incredibly well-done and was one of my favorite activities!

Duration: approx. 30 minutes, every 45 minutes (see the exact schedule listed online or in the Universal app)

This was catered to people younger than us, but we still had a good time. I will say that many of the jokes used aren’t very politically correct but there are elements of audience interaction and video history that were very interesting.

Universal Studios, near the entrance

This wasn’t really what I was expecting (mostly because they didn’t have any of the Harry Potter Characters). It was mostly children’s characters and Santa closing out the show.

Since it is a fairly long parade, it’s easy to get a good spot (because every spot along the route is a good spot)! 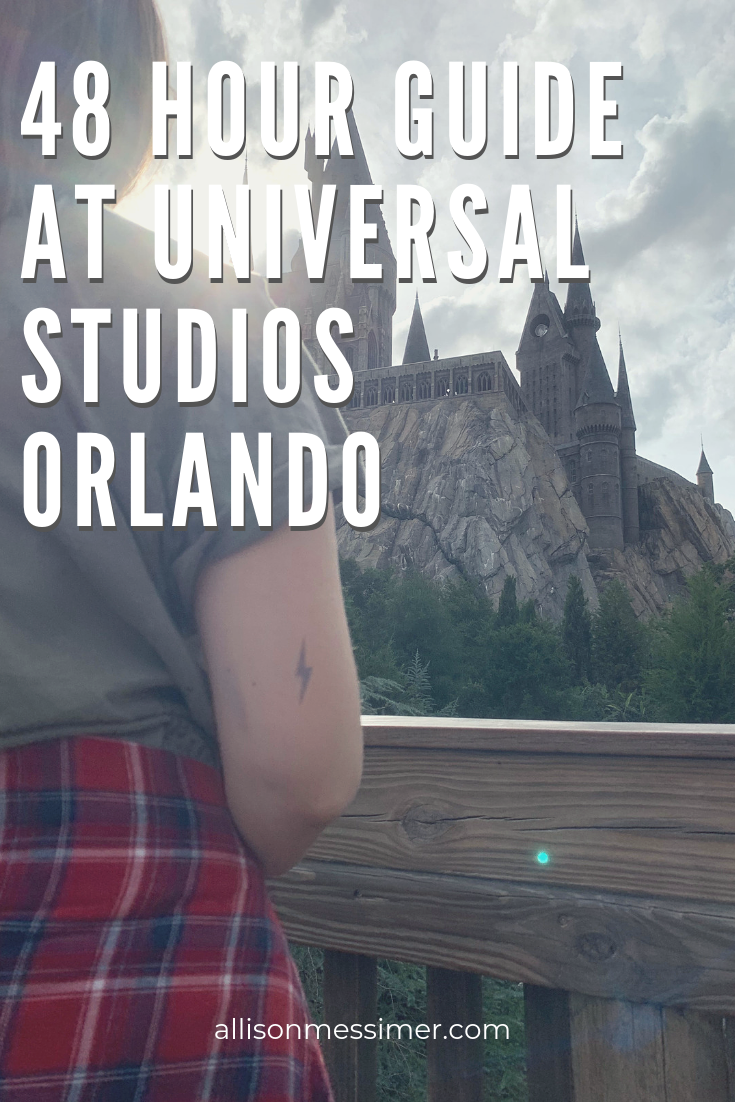 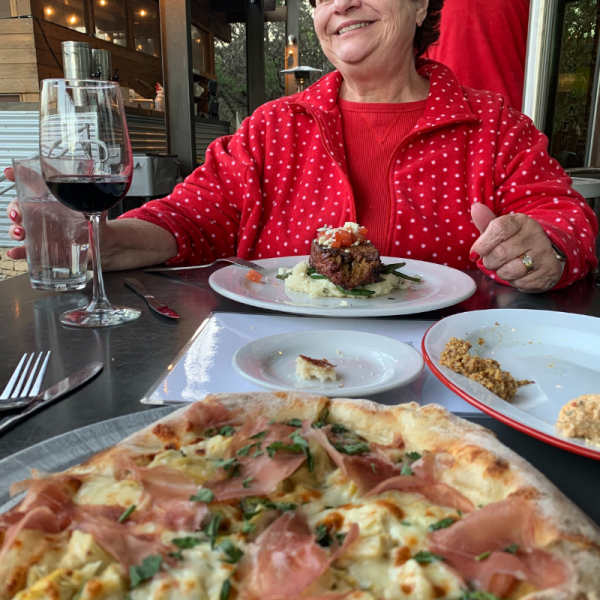 Planning a Trip to Fredericksburg, TX 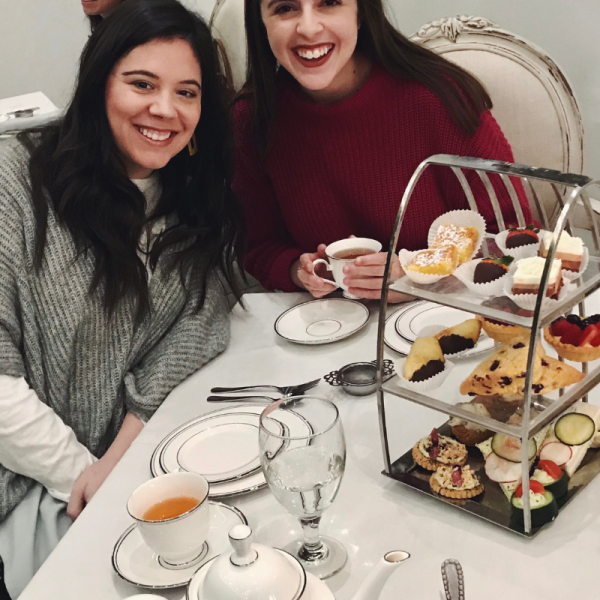